GASP! SHRIEK! The Role of SOUND in Remote Viewing 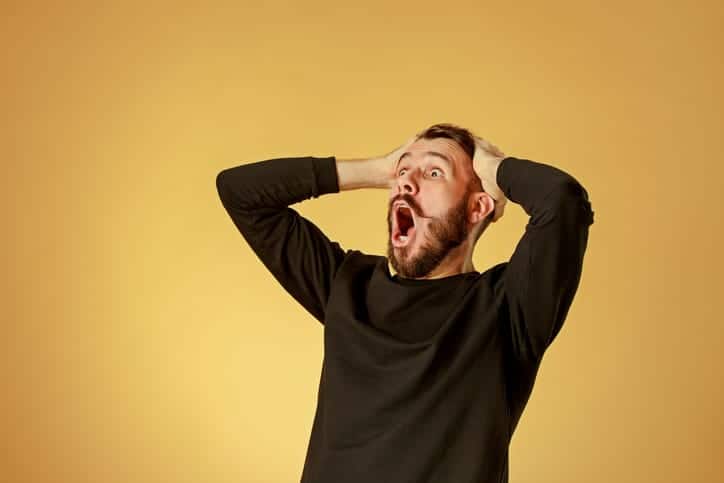 (The next in our series of blogs on how our senses play an important role in remote viewing.)

If I had summarized my perceptions by stating, “The target is a helicopter flying overhead” my information would have been wrong. But if instead I had described the sound I heard (along with myriad other perceptions of colors, shapes, sizes, patterns, positions, etc.) I would have been well on my way to accurately describing the target.

We all remember Pavlov’s dog, right? When the 19th century Russian physiologist, Ivan Pavlov, rang a bell every time he fed his dog, eventually the dog would salivate every time he heard the bell.

Many scientists believe that sound is the sense that has the strongest ability to trigger a response from the subconscious mind. Just like Pavlov’s dog, we react to sounds that are associated with a memory from our past.   (Other studies show that smells are the strongest memory-producing sense… We will explore the sense of smell in an upcoming article.)

Sounds perceived by a remote viewer while viewing a target can often become a major turning point in the remote viewing session. I was once viewing an advanced-level practice target during one of LynBuchanan’s advanced classes back in 2001. The target was an international incident that occurred when the submarine USS Greenville surfaced and collided with a Japanese boat that was full of students learning about the fishing industry.

Lyn was monitoring me as we were doing a demonstration for the class.   Without being aware of it, I jerked every so slightly.

“What was that?” Lyn asked.

“What sort of sound?”

I struggled to describe the sound I had perceived. I knew I had “heard” something, but I couldn’t quite put my finger on it.

“Do you have metal dumpsters here?” I asked. (We were in Alamogordo, New Mexico, and for all I knew, they used big plastic dumpsters…)

Lyn responded with a wry smile, “Yes, and we also have electricity and running water!”

Immersed in the target, I continued trying to explain the nature of the sound I had perceived:

“It sounds like the lid of an empty metal dumpster crashing down, hollow-y, echo-ey, metallic — a “boom” sound!” At this point, I felt slightly euphoric at finally grasping some good descriptive words for the sound.

Lyn grabbed that descriptor, “boom sound” and had me follow that boom sound to the source, encouraging me to utilize Phase 6 tools (taught only in Advanced classes and beyond) to determine:

Like a hound dog following a scent, I have found that chasing down a sound at the target often opens up the whole target for remote viewers.

In the case of the submarine accident target, the sound of the metallic sub colliding with the Japanese boat was a hollow, metallic “boom” as heard from within the submarine. That sound was so impressive, I remember it to this day!

I remember hearing a story from Lyn about a remote viewing session that took place during his time in the military’s top-secret Stargate program. Lyn was the monitor in this particular session, and the viewer’s target was a boat race in Latin America. If memory serves me, the race involved long narrow flat-bottom boats traversing across shallow water filled with large boulders. A man crouched down at the front of each boat, keeping watch for the boulders and shouting directions to the man standing at the back of the boat with a long stick, whose job it was to maneuver the boat around the obstacles and push it forward to (hopefully) win the race.

The Viewer (who did not speak Spanish) said something like, “I am hearing sounds that sound like “Rey-cha! Rey-cha! “Skeerd-a! Skeerd-a!” In Spanish, “derecha” (pronounced “Dey-rey-cha”) means “right” and “izquierda” (pronounced “is-key-air-da”) means “left.” The man at the front of the boat was shouting directions to the man steering the boat! And amazingly, the remote viewer “heard” him! Even without any knowledge of the Spanish language, this viewer was able to mimic the sounds he was perceiving, effectively describing something important taking place at the target.

If that had been an important operational target, what information did those sounds convey? They let Lyn know a) that someone at the target was speaking Spanish, and b) that someone was shouting directions at the target. This sort of information could be crucial when using remote viewing for missing person targets, for example.

Now that we have examined the role sounds can play in a remote viewing session, stay tuned for upcoming blogs that explore how you can improve your viewing by enhancing your sensory perceptions in your day to day life.