How to Survive the Coming Global Superstorms 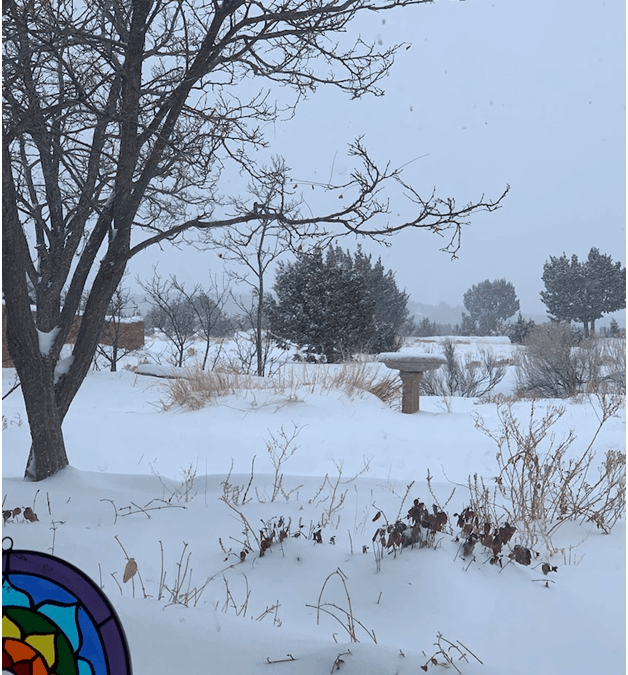 What IS the Problem, Anyway?

Austin, Texas is normally a very warm city all year ‘round. Vibrant and alive with music, talent and creativity, Austin is always a-buzz with vitality.  Until this week, when a record cold front cascaded down from the frigid North, bringing single-digit temperatures to hot places like Austin, Houston, Dallas and San Antonio.

Contractors tend to build houses to suit the local climate. For that reason, houses in the southern United States tend to be less-insulated than homes farther north. They are often totally electric, including their heating systems.

This poses a dramatic problem right now:  Not only are these cities ill-equipped to deal with 8 to 10 inches of snow on their streets, but the electric grid is unable to accommodate the need to heat up millions of homes from near zero degrees Fahrenheit to a comfortable 65 degrees.  As I write this, over 4 million Texans are without power. Several other states are having “rolling blackouts” to conserve power, and some cities have had to shut off water.  Why?  It takes electricity to pump water to the water stations and to treat the water that comes out of your tap. It is a sad state of affairs when watching the Weather Channel is one of the most gripping things to do!

Jim and I have always had a sense that we needed to be living off grid. We have 9 kids and 21 grandkids, and there was always a sense that we, personally, needed to do something to live in a more “earth-friendly” way. Our huge home had two central heat and air units, two water heaters, etc. We used a lot of water on a daily basis. We were living in comparative luxury, but it didn’t feel right.

In June of 2016, coming home from a short vacation in Colorado, we drove past the Earthship community near Taos, NM. We stopped at the Visitor’s Center there and learned all about Earthships. (I have a blog coming out on my website about Earthships in a few days, by the way). We were enthralled. It felt like “the answer” — and we wanted to learn more. We began binge-watching YouTube videos about Earthships whenever we had the chance.

Mother Earth Knows What to Do

As climate change continues its course, the earth knows what to do. Scientists studying rock strata can tell that our planet has gone through many huge and violent climactic changes throughout its history. Heating periods come and go. Several ice ages have been the result of the earth’s attempt to “correct” the over-heating problem.

Who is Michael Reynolds?

Over 45 years ago, a man named Michael Reynolds got out of architectural school feeling very concerned that modern buildings are not built to protect their occupants from extremes of outdoor temperatures. If the grid goes down anywhere when the weather is extremely hot or deeply cold, people die of heat or they freeze to death. Babies and elderly are the first to die, normally – our most vulnerable populations.

Mike was also very concerned about the amount of trash pollution he was seeing everywhere.  Used tires build up into literal “tire mountains” all over the world, off-gassing toxic carcinogenic substances and sometimes catching fire, burning for years. Think of all the vehicles – cars with four wheels, trucks with six, eight, ten... even 18 wheels!  They drive trillions of miles and have to replace their tires, over and over. Where do the used tires go?

Then there are the glass bottles, plastic bottles, and aluminum cans cluttering up the landfills.

The solution, in Mike’s mind, was simple: Build houses that protect their occupants without any need for externally-derived sources of air conditioning – and use garbage to do it.

From this concept, the Earthship was born. Houses built from used tires, packed with earth and set like bricks inside the back and side walls of a home.

Austin is now completely shut down and without power. Schools and businesses are closed. As we watch our many friends and loved ones in the southern states suffering the effects of this polar vortex, we are snug and warm in our off-grid Earthship.

We have a daughter that lives in Austin. She and her son drove up here just before the storms hit to visit us here in New Mexico. She is able to attend Zoom meetings with her overseas colleagues thanks to our cozy solar-powered house, even though the snow drifts are two feet deep outside.

What Can We Expect in the Years Ahead?

What do we have to look forward to in the years ahead as climate change causes more extreme weather and massive “super storms” hit us repeatedly, causing massive flooding, drought, deep freezes, three-digit heat waves, tornados, hurricanes, blizzards, landslides and raging fires all over the world?

Earthships are one very easy and inexpensive solution to both the problems of temperature extremes and the over-production of garbage.

Give Everyone One Acre of Land...

If every person on the planet could have one acre of land and was allowed to build a solid “earthship” home structure – using a building plan that can be adapted for any climate – the earth could be saved. Humankind will not have to go the way of the dinosaur.  Our waters, soil and air can be restored.

Several years ago, the island of Haiti was hit by hurricanes and earthquakes. After catastrophic events leave massive destruction in their wake, people often die from a lack of potable water. The Earthship design catches rain water, filters it, and allows the occupants to have clean water to drink, to bathe, and to flush their toilets.

Teams from Michael Reynolds company, Earthship Biotecture, went to Haiti after both the hurricane and the earthquake, teaching the people there how to build their own homes from garbage.

Those who were able to participate in this project were able to save themselves and their families by constructing houses that would protect them from the weather.  These “tropical versions” of earthships protect them from hurricanes (they have already had two more since the homes were built and they survived quite well) and from earthquakes. The flexible rubber of the tires within the walls make them virtually earthquake-proof!

How Could We Fix This?

Building an earthship is labor-intensive, to be sure. This is where “many hands make light work” comes in to play. A community, working together, can make it happen. Using earth, used tires (many landfills give them away for free!), bottles and cans, some sand, wood, gravel and cement – many people working together can build homes for each other relatively inexpensively. It has already been done!