Remote Viewing on Camera in Wales! 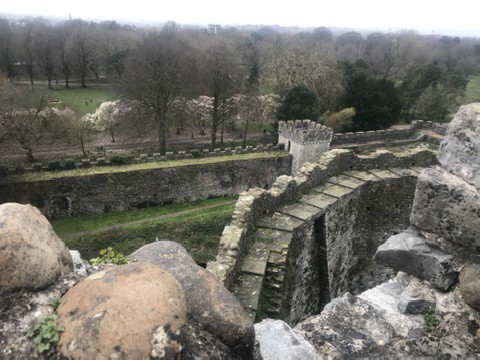 On March 12th, Jim and I flew to Wales to remote view for an upcoming Travel Channel show due out in October or November. This was a great test of ‘practice what you preach’ for me, because I teach my students not to be prima donnas. I’ve met too many psychics who are unable to work unless conditions are perfect, so my students are encouraged to remote view under a variety of less-than-perfect circumstances and locations.

This was all brought to mind when we arrived at the filming location and were led down to the dungeon. Ok, it wasn’t exactly a dungeon, but it looked like a dungeon! The piece was filmed at the famous Portland House in Cardiff Bay, where many episodes of Dr. Who and Sherlock Holmes have been filmed.

Portland House is a gorgeous marble-floored building that served as a major bank around the turn of the last century, managing the wealth of the burgeoning coal industry in Wales at the time. Now the building is used to film shows, host weddings and other community events. 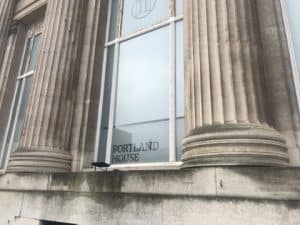 Following the director, we moved past the sweeping staircase and impressive marble pillars down a dark set of stairs to what appeared to be a jail! The cells used to house the money and vaults. Its steel bars are now painted a bright yellow -- remnants of a night club that once functioned there. My viewing table was a surgical tray normally used for surgical instruments during surgery. When I sat at the table, it came up to my armpits. (I am a shorty.).

Thankfully, I heard my still small voice say “Bring your own pens” just as I was leaving the house to go to the airport. The film team brought paper and… Sharpies? Prima donna or no, I can’t view with Sharpies. I was glad I brought my own viewing pens -- the trusty Pilot G2-07 black gel pens!

Jim and I wondered if I would be able to remote view in the strange basement jail cell with the armpit table, bright lights in my face and several huge cameras. Amazingly, the minute we started the session, I fell right down the rabbit hole! 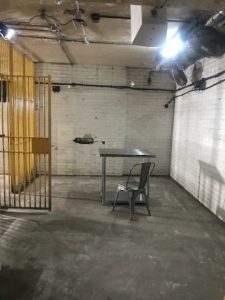 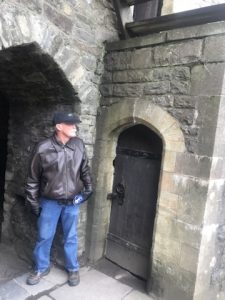 I can’t tell you the details of the amazing session that transpired just yet, but once I have the final details of when the episode will air, you will be the first to know!

After filming was over, we took trains and buses to ancient castles all over Southern Wales for the next several days. It rained the entire time we were there, but we had a lot of fun in spite of the cold rainy weather. The Welsh people were delightful and so friendly! We’d love to go back again one day.

Below are a few other photos that we have. And if you’d like to read about some wild remote viewing sessions, you can check them out here: https://intuitivespecialists.com/18-years-of-excitement-crv-stories-from-a-professional-viewer/. 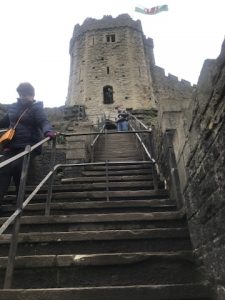 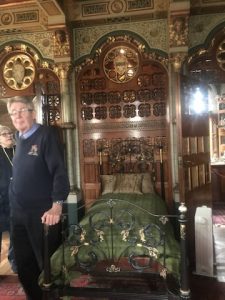 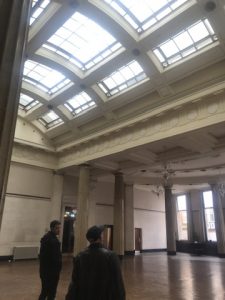