Do You Have to Sketch Like DaVinci to Be a Good Remote Viewer? 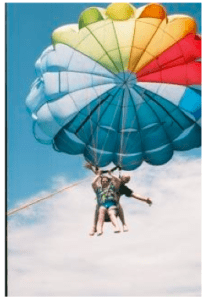 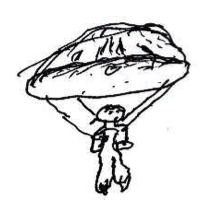 New Remote Viewers often ask me, "Do I need to take an art course in order to be a good remote viewer?" That's a great question! And my answer is: No. Although there are artists and graphic artists among the many students I have taught, most of us can barely draw stick figures.

In the past, the ability to draw the target was essential, especially when remote viewing was being used as an intelligence-gathering tool. "Drawing on the Right Side of the Brain" by Betty Edwards was required reading.

And while the ability to draw well is still considered a very valuable skill, there are many excellent remote viewers out there, producing professional-level sessions, who are unable to draw.

By combining these skills, today's professional remote viewing teams are able to cover the gamut when it comes to fully describing a target. What one lacks, the other has.

Give Yourself a Chance 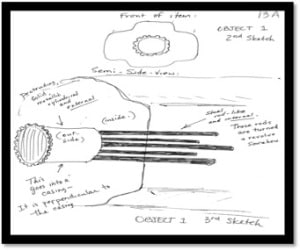 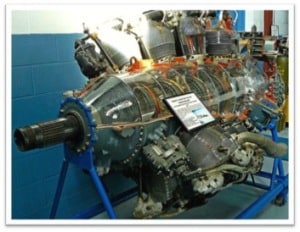 The example, above, is from a session I completed several years ago. The information I received was "The Target is an Event. Describe the target." The task was to find out what caused the crash of an airliner. During the session, I sensed that something was "failing." I was asked to "move to the failing and describe."

Mechanical objects have always been a mystery to me, and I felt unable to verbally describe what I was perceiving. I know nothing about engines! My wise monitor, Jim, saw me flailing my arms in an attempt to come up with words. "Can you sketch that?" he asked. I felt completely unable to do so, but there were no other options. So I did my best.

As you can see, comparing the sketch with the photo we now have of the engine from that model of airliner, we can see the similarities. It meant nothing to me, and I even wondered if I had "made it all up."

Later, two friends -- one the son of an aircraft mechanic, and one the owner of a large transmission shop, both concurred: this was easily recognizable as part of an aircraft engine. I was more astonished than anyone, because my sketching skills are not that great.

I am relating this story to encourage those of you, who like me, feel they cannot draw. My first suggestion is to simply try. Do your best and you may be surprised!

Next, you always have the option of taking an art or sketching course, or to read "Drawing on the Right Side of the Brain" as the military viewers did.

And last, learn how to do "Ideogrammic Sketches." Often, when it is obvious that a student viewer has great site contact with the target, I will ask him or her to sketch the target by simply putting their ideograms in the proper location on a piece of paper. Very quickly, with simple ideograms of (for example) water, land, biological, motion energy and manmade, the viewer shows where these gestalts are in relationship to each other at the target.

While the untrained eye may not be able to make sense of the ideograms themselves, the viewer is very happy, because he/she now knows exactly where things are at the target. This increases site contact and allows for a much better session from that point on.

Let Your Fingers Do the Walkin'...

Another tip is to allow your subconscious mind to do the sketch. There are times when you won't have the faintest idea what to sketch, but you just start making lines on the paper. You'll often be surprised that your fast, spontaneous "chicken scratches" end up being a very accurate depiction of something at the target.

Sketching is also important because your ideograms will appear when you don't even realize you are creating them. There have been countless times when "water" appears as wavy lines within a sketch, even though the viewer thought they were sketching something completely different.

In the light of the feedback photo, the viewer sees the water that he or she missed within the session, but which the sketch clearly reveals.

You Don't Have to Be Perfect!

The most important advice of all is: Don't be afraid to sketch. You may end up being better at it than you realize, and if you're not -- It's okay!  You don't have to be perfect. You may be the person in the super hero team that is an ace at verbal descriptions!

Some of the students who are poorest at sketching are amazing at viewing and describing, and are able to provide tremendous details about the target -- which is extremely helpful to the customer.