ERV Monitoring: What Is That? 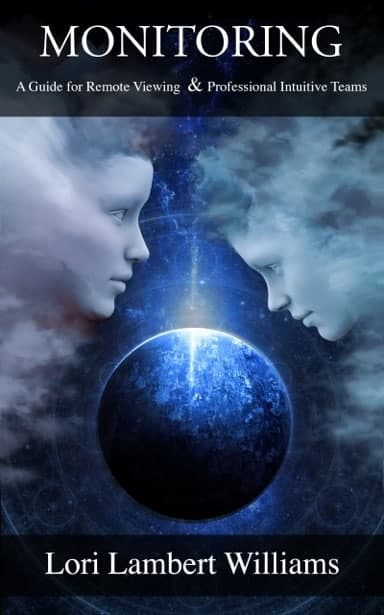 Just as I thought I was done with my newest book, Monitoring: A Guide for Remote Viewing and Professional Intuitive Teams I had a conversation with my good friend, Mel Riley. Mel was the very first soldier to become a part of what was, at the time, the newly created military psychic spying unit. He also has the distinction of being the only member of the unit to have served two separate tours of duty as a Viewer in the unit.

Mel asked me if I intended to include a section on “ERV Monitoring.” For those of you who are not familiar with it, ERV, or Extended Remote Viewing, is a form of remote viewing in which the Viewer is in a hypnogogic state while viewing.

During the 20-year history of the unit, a lot of experimentation was done and “remote viewing” went through a lot of incarnations. ERV experiments were conducted differently by the various unit directors as they came and went.

The methodology that intrigued me the most was an Extended Remote Viewing technique in which the Viewer would lie down with the Monitor in a chair nearby. The Monitor would talk the Viewer into a relaxed state and then skillfully guide the Viewer to and around the Target site.

As a former hypnotherapist, I recognize hypnosis when I see it. If you were to ask me how to be a good ERV Monitor, I would suggest that you find a reputable hypnosis school and become certified as a hypnotherapist before attempting to act as a Monitor for an ERV’er.

In my Beyond Advanced: CRV for Professional Viewers course, Advanced Viewers gather to spend a few days doing accessing their individual targets using CRV before attempting to access the target via ERV. Each time a Viewer accesses a target, that particular target becomes easier to view. The act of viewing the target repeatedly builds a sort of “memory path” to the target.

If you have ever gone hiking in a remote, thickly forested area, you know what it is like to hack through uncharted territory. Difficult! But — the more people that use a path, the easier it becomes to walk that path, right? It is the same thing with consciousness. We are all linked on some level, so the more people that view a target, the easier that target becomes to view for everyone.

I once heard a story about an experiment in which a group of Americans with no knowledge of Mandarin (Chinese) were divided into two groups of 500 people. Group A was given a recording of a famous Chinese lullaby and asked to mimic the sounds and memorize it. Group B was given the same lullaby, but the words were scrambled up. Since neither group understood the language anyway, it shouldn’t have made any difference. Both groups were trying to memorize a group of meaningless (to them) sounds in a melody.

Interestingly, Group A (the group with the version of the lullaby that over a billion Chinese people know) learned the song 20 times faster than Group B. This would indicate that when a lot of people know something, it becomes easier to learn. Why? Because the knowledge is “out there” in the ethers, and we are all connected.

So when a Viewer is able to repeatedly view the same target, it becomes easier to view. After two or three days of viewing that target, the Viewer is ready to relax into a comfortable recliner and allow the soft, controlled voice of the Monitor to lull him/her into a relaxed state.

In that state, the Viewer easily accesses the target, which he/she is already familiar with due to the CRV sessions already performed. A skilled Monitor is able to gently guide the Viewer (without “leading”) to the target and then have the Viewer move to various parts of the site, giving information about each aspect while remaining in that perfect hypnogogic state.

Because this type of ERV requires so much skill on the part of the Monitor (and cannot, in fact, be done without a Monitor) there are not many teachers who can correctly teach this method. In lieu of that, some teachers will have their students sit in chairs or lie on the floor under a blanket, and simply ask them to “Access the target.” Then, after a set amount of time has passed, the students are roused and asked to write down what they “saw” or what they experienced.

The drawback to doing ERV this way is that so much information is lost because the students remember so little of what they experienced during the time they were, essentially, napping.

With both CRV and ERV, the information is captured as it is being experienced. In CRV, the Viewer is writing everything down. With the type of ERV I prefer (the one that uses a Monitor trained in hypnosis) the entire session is recorded using a digital recording device — so no information will be lost as long as the Monitor makes sure that both the Monitor and Viewer have a lapel microphone or something similar that will pick up even the quietest whispers. Viewers often begin speaking very softly when in that state. It can be hard to pick it up unless there is a microphone right by the Viewer’s lips.

Ultimately, it is probably best not to attempt to monitor for ERV sessions unless you have been trained in hypnosis and are experienced as a Controlled Remote Viewer yourself.

If you would like to learn more, read about our classes under the Classes tab at the top of the home page.

Interested in studying with me?  Check out the Calendar page for a class that is convenient for you.