Changing the World With Your Thoughts - Consciousness Studies Prove It Works 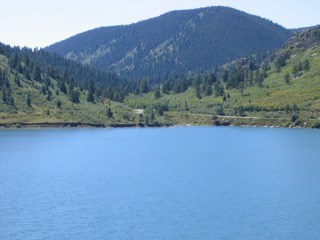 These questions and more are addressed in Lynne McTaggart’s book, “The Power of Eight,” in which she lays out the results of numerous intention experiments carried out with volunteers spread throughout the world.

Cleaning Up the World’s Water Sources 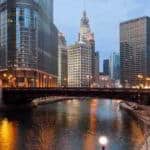 Reading the book (I am on Chapter 15), I was intrigued by Lynne’s explanation regarding the molecular structure of water.

As it turns out, water is the most mysterious substance on earth! It has the ability to shape shift, for one thing. It can be a gas, a solid, or a liquid. But more than that, water molecules change constantly and many experiments show that the molecular structure can be changed simply through a focused intention.

In addition to being a substance that humans must have to live, water can kill us. It is so powerful, it carved the Grand Canyon! Water, blessed in some form, has been a holy component of sacred ceremonies for thousands of years.

Masaru Emoto, the late Japanese author and entrepreneur, burst on to the best-seller lists with numerous books regarding his experiments with water, shocking the world with his hypotheses.

Emoto exposed water molecules to words spoken, typed and thought about. He also played various types of music to the water. The water molecules “responded” by forming a variety of crystallized shapes – from organized and gorgeous to chaotic and ugly – depending on what the water had been exposed to.

Is It Water, or Remote Viewing? 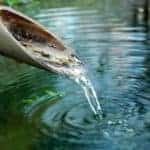 In Lynne McTaggart’s book, she does one experiment in which she gives several volunteers a baby jar full of water. Each volunteer thinks of a noun, writes the word on a piece of paper, folds it up so no one can see, and then attaches the paper to his/her baby jar with a rubber band.

Then, another set of volunteers goes from jar to jar, closing their eyes and trying to determine the noun that is written on the piece of paper.

In one case, the word “barbecue” was attached to a jar. Several volunteers felt heat or visually perceived a hamburger cooking on an outdoor grill. The examples go on and on.

McTaggart surmises that, perhaps, the thoughts of the intenders became imbued in the water. What she may not be aware of is that similar experiments have been carried on for years with great success by remote viewers, with no water involved.

Did the volunteer intenders imbue the water with their thoughts? Or did the “reading” volunteers simply remote view what was written on the pieces of paper?
Consciousness Affects Matter

The book is filled with fascinating experiments and amazing outcomes which indicate that our thoughts and intentions really do – or can – have a physical effect on matter.

The possibilities that open up as a result of her experiments are endless. 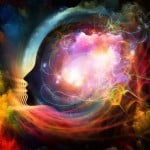 Most of us are familiar with the experiment conducted by Transcendental Meditators who focused their intention on lowering the crime rate in Washington, D.C. during a particularly violent period in 1993. From the World Peace Group website, with the link below:

An Experiment in Consciousness

A two-month national demonstration project conducted in Washington, D.C., showed how a coherence-creating group of TM-Sidhas can reduce crime and social stress and improve the effectiveness of government.

This was a carefully controlled scientific demonstration carried out between June 7 and July 30, 1993. The study involved a coherence group of TM-Sidhas who increased in number from 800 to a maximum of 4,000 over the trial.

Before the project, violent crime had been steadily increasing during the first five months of the year.

A week or so after the start of the study, violent crime (HRA crime: Homicides, rapes and aggravated assaults, measured by FBI Uniform Crime Statistics) began decreasing and continued to drop until the end of the experiment.

Before the project the researchers had publically predicted that the coherence group would reduce the trend of crime by 20%. This prediction had been ridiculed by the Chief of Police who asserted that the only thing that would decrease crime that much would be 20 inches of snow.

In the end, the maximum decrease was 23.3% below the time series prediction for that period of the year. This significant reversal in the predicted crime trend occurred when the size of the group was at its largest in the final week of the project and during a blistering heat wave.

The statistical probability that this result could reflect chance variation in crime levels was less than 2 in 1 billion (p < .000000002).

Since 1993, there have been a multitude of studies and research conducted that replicate the results of this experiment.

You Are More Than You Seem 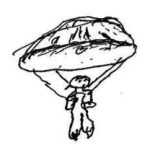 Consciousness has always fascinated me, which is why I have such passion in my teaching of Controlled Remote Viewing.

During the meetings with the members of my Online CRV Mentoring Clubs, I am continually amazed at the demonstrations of uncanny feats by the subconscious minds of the various professionals who study with me.

The best part of the book so far is how McTaggart’s “Peace Experiments” affected the tens of thousands of participants. Yes, results indicate that through their focused group intention, they lowered the casualty rates in several wars, which is outstanding! But even more incredible is how the participants were affected. 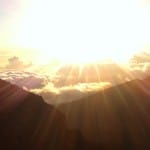 I teach a course called CRV Health and Healing Applications, commonly known as “Med Apps.” This is a course that deals with healing via reaching the subconscious mind of the recipient. The idea is to persuade someone, on a subconscious level, to heal himself/herself.

One of the dangers we emphasize is that anything you project out to someone else returns to you, like a boomerang. McTaggart found this to be very true during the Peace Experiments, as participants experienced profound healings, peace, euphoria and other benefits during and after the Peace Experiments.

What Does All This Mean to You?

Your thoughts are powerful. What you think and believe about your body, your friends, yourself – can have a lasting effect. That effect can be detrimental or beneficial, depending on the nature of those thoughts and beliefs.

This is not woo woo. This is not just a belief. More and more, science is proving what shamans the world over have known for millennia: Thoughts are things.

How You Can Change the World

The good news is that you can use this information to change your life and the world. Let’s fulfill our full potential. Let’s clean the oceans, rivers and streams. Let’s reduce violence.

Take notice of your thoughts. If they tend to be negative, fill your mind with good things. Brainwash yourself through reading uplifting books, watching inspiring movies, and through positive meditation.

Collectively, we can change the world. And singularly, you can change your life and the lives of your loved ones through your loving, focused thoughts, prayers and intentions. 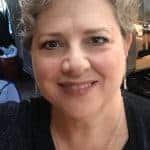